No Mākou ka Mana asserts that the founders of the Hawaiian Kingdom exercised their own agency and were not just acted upon by foreign powers. The ruling ali‘i selectively appropriated tools and ideas from the West—including laws, religion, educational models, protocols, weapons, printing and map-making technologies, seafaring vessels, clothing, names, and international alliances. The result? A hybrid system based on an enduring tradition of Hawaiian governance intended to preserve, strengthen, and maintain the lāhui. Using rare primary documents and “‘Ōiwi optics,” Kamanamaikalani Beamer offers a new point of reference for understanding the motivations, methods and accomplishments of Hawai‘i’s great leaders.

Kamanamaikalani Beamer, PhD, is an associate professor at the Center for Hawaiian Studies in the Hui ‘Āina Momona Program at the University of Hawai‘i at Mānoa with a joint appointment in the Richardson School of Law and the Hawai‘inuiākea School of Hawaiian Knowledge. Previous to this role Dr. Beamer was the president and chief executive officer of The Kohala Center. Beamer’s research on governance, land tenure, and Hawaiian resource management, as well as his prior work as the director of ‘Āina-Based Education at Kamehameha Schools, prepared him for his continuing service as a director of Stanford University’s First Nations Futures Institute, a resource management development program for indigenous leaders developed by Stanford, Kamehameha Schools, and Te Rūnanga o Ngāi Tahu in New Zealand

Beamer has revitalized and maintained lo‘i kalo (taro ponds), providing him and his children opportunities to mālama ‘āina, deepen connections with cultural traditions, and derive leadership lessons from the land. In 2013 he was nominated and confirmed to a four-year appointment on Hawai‘i’s Commission of Water Resource Management and was reconfirmed in 2017 for an additional four-year term. 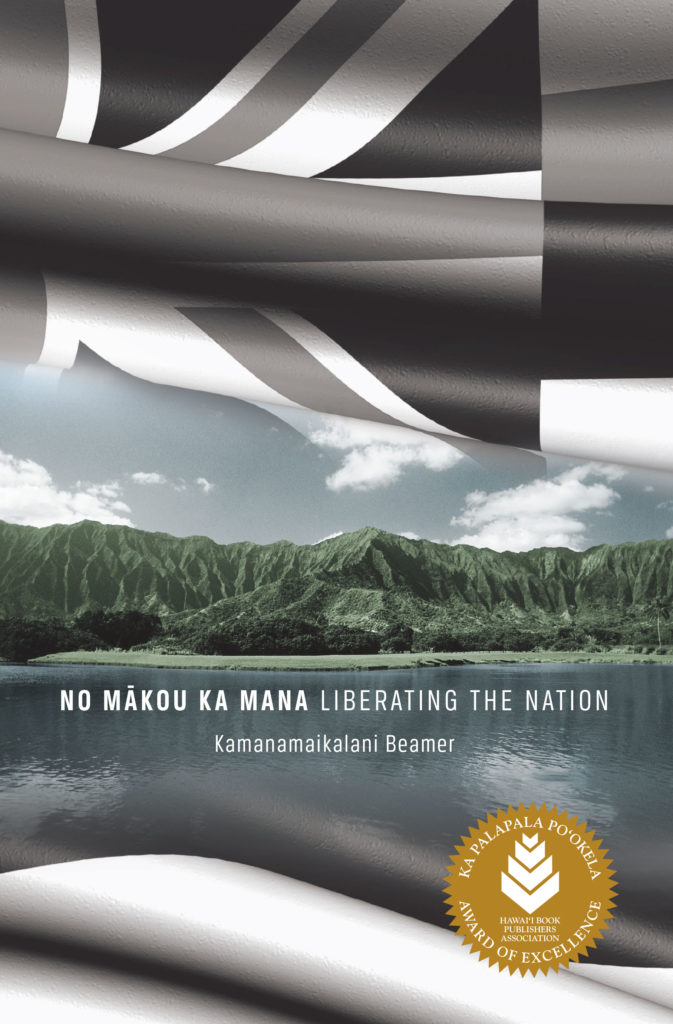 “No Mākou ka Mana is exhaustively researched, carefully written, and powerfully argued . . . a major contribution to Hawaiian history and Hawaiian studies. Beamer demonstrates that the ali‘i and their advisers created their constitutions, laws, and styles of government themselves, keeping the Hawaiian customs that worked and importing European and American practices that they wanted. The clear analysis, engaging narrative, and original voice will serve as inspiration to other small nations and indigenous peoples the world over.”

“Beamer’s study highlights native agency in the face of Western imperialism. This is a dicey political trade-off for Kānaka Maoli, who must sacrifice the role of victim— and its political potential for reparation—in order to explore the nature of native cooperation and engagement with Europeans and Americans and their nineteenth- century imperialist agendas. No Mākou ka Mana does this extremely well by citing archival evidence of deliberate attempts by the ali‘i to understand and incorporate modernity as it came ashore. Coming to grips with modernity and needing to mediate its changes with our own values and aspirations was a trial not only for our nineteenth-century ali‘i, it is still our challenge today. Ultimately, if we are to have a clearer sense of what colonialism really is in the modern age—not just about conquest, but more about influence and hegemony—we need this book.”